The Women’s Council of the Dallas Arboretum and Botanical Garden will host its signature fundraising event, the Mad Hatter’s Tea, Thursday, April 12, 2018.  Money raised through this event benefits “A Woman’s Garden”, one of the principal gardens at the Arboretum.  This garden is the only public garden in the nation conceived by women, funded and maintained by the efforts of women, and dedicated to the spirit of women.  That spirit includes the strength, ingenuity, creativity, and determination of all women.

The Mad Hatter’s Tea features an outdoor champagne reception, hat judging contest and some of the best people watching Dallas has to offer as ladies and gents stroll the Plaza showcasing their creative chapeaus.  The event presents a Runway Fashion Presentation by Jan Strimple Productions along with an auction of fabulous items and a tented luncheon at the Dallas Arboretum and Botanical Garden.

Will you be there? 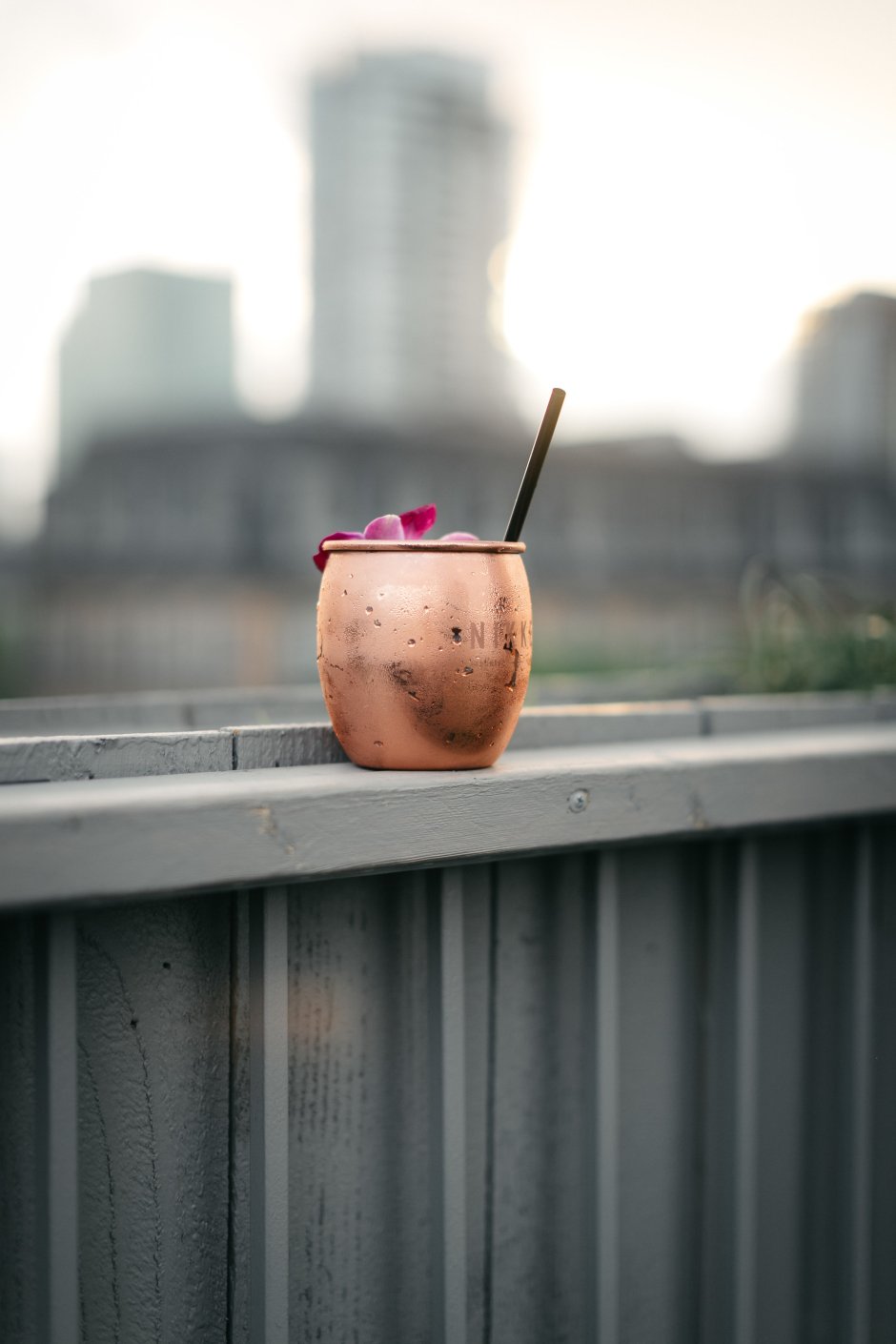 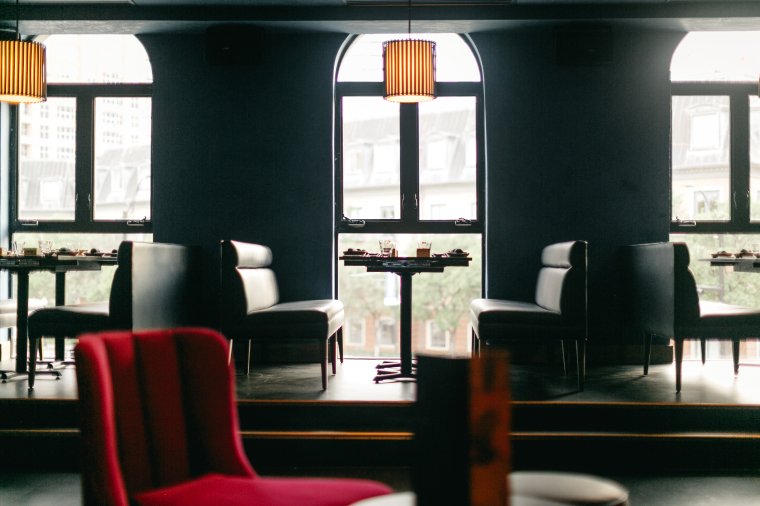 Carefully crafted cocktails along with sushi and other Japanese dishes fused with Peruvian flavors is what you can expect from Stirr’s sister restaurant, Nikkei Dallas. Much like it’s sister concept, Nikkei features a robust rooftop overlooking Dallas.

Enjoy lite bites with bold flavors like the blistered Shishitos, fried calamari and sushi classics including the spicy Salmon, Tuna and California roll. 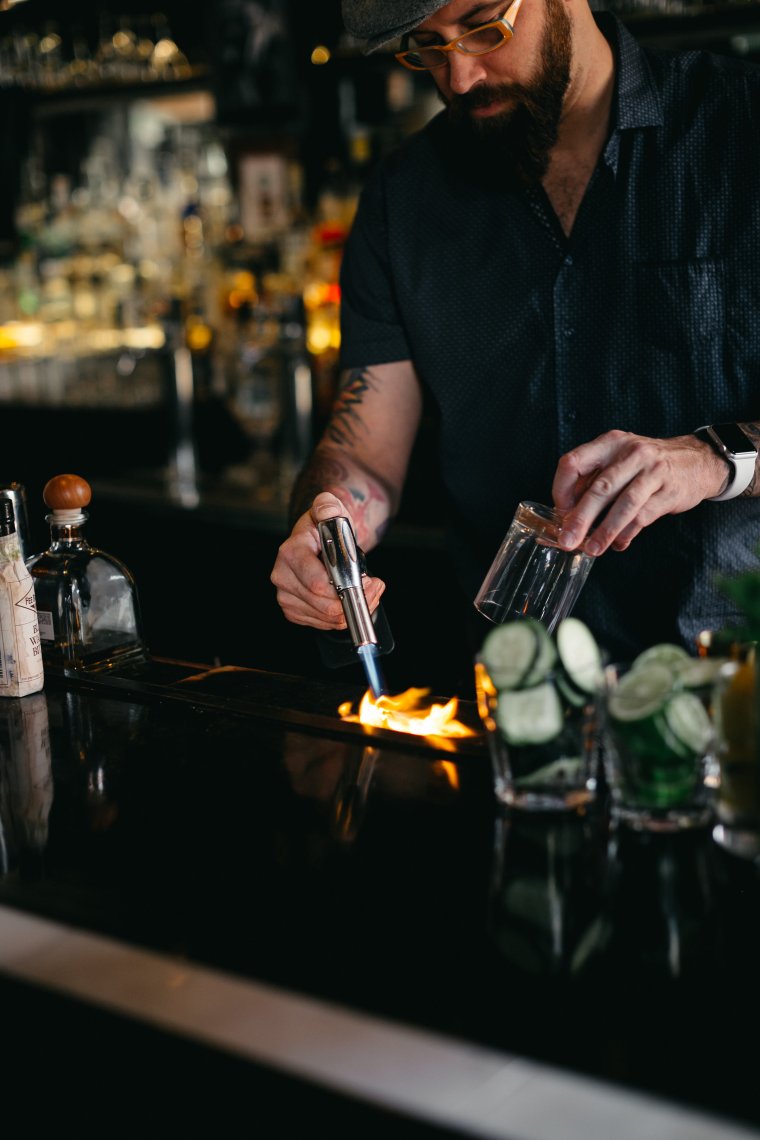 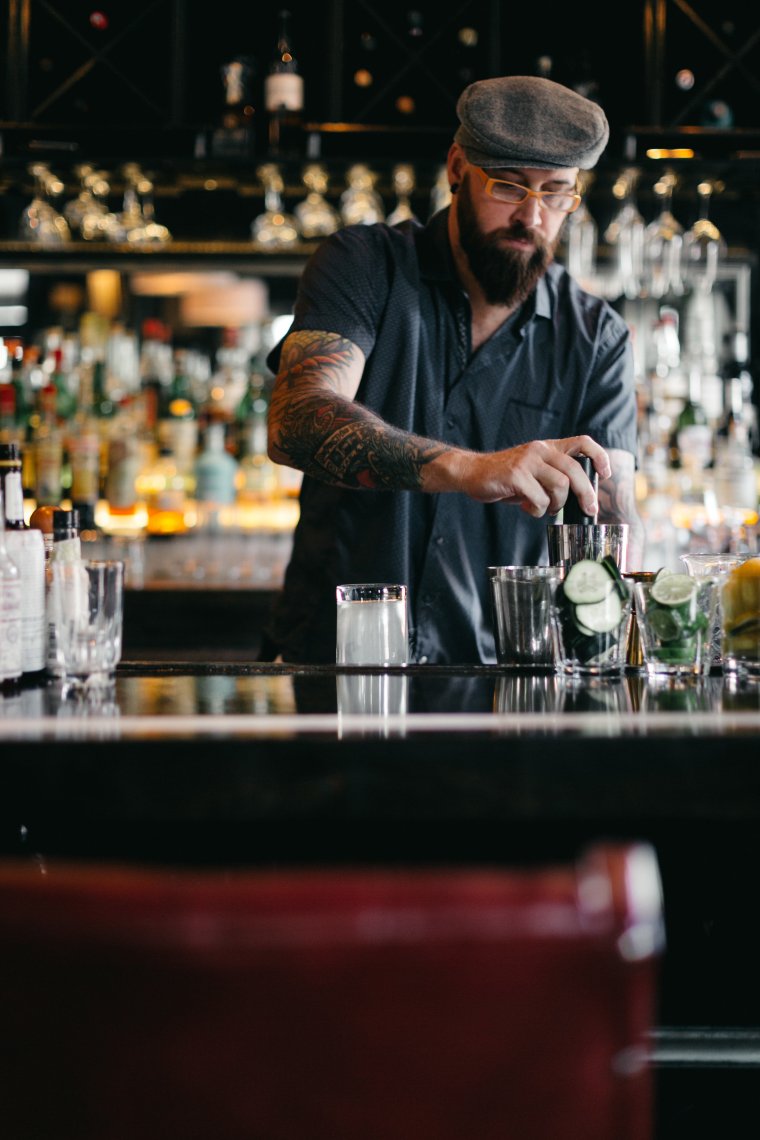 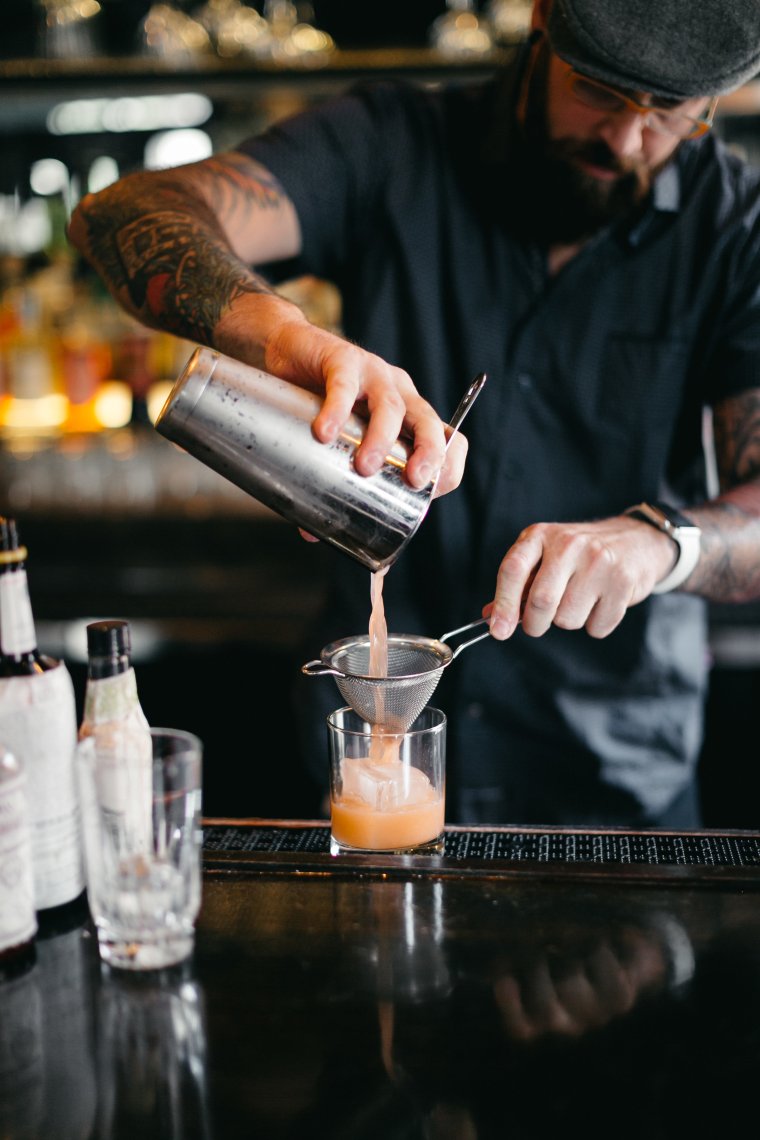 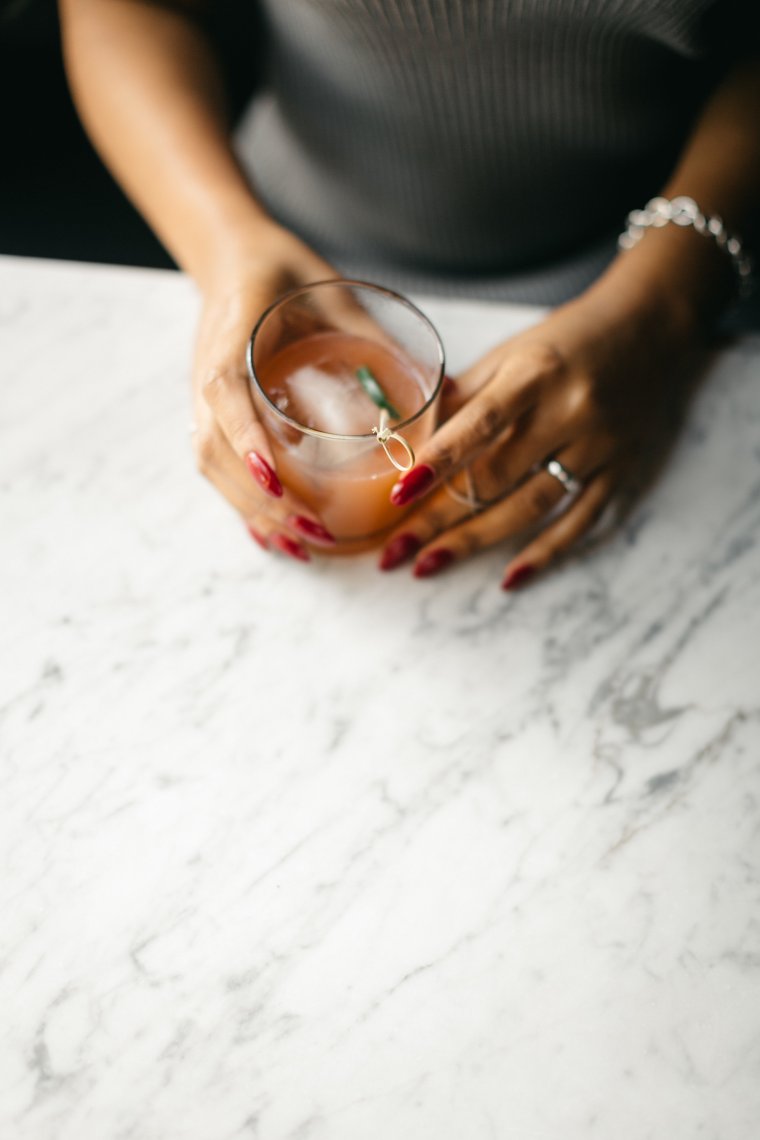 Experience great cocktails in a plush, Victorian-style watering hole in a vintage house located in Uptown Dallas. Menu consists of one-of-a-kind cocktails & a meat heavy menu served in one of the best ambience in Dallas.

Honestly, if you didn’t know it was there, you wouldn’t know there was a bar inside this historic landmark that is Bowen House.

Whether it’s Wednesday or Saturday, you’re sure to be surrounded by craft cocktail connoisseurs alike.

And don’t forget to ask about the hidden Mezcaleria in the back.

Bowen House is located at 2614 Boll Street where it opens Sunday to Tuesday 4 PM – “Until” and Wednesday to Saturday from 4 PM – 2 AM. Valet is located on Howland Street.

Trust us, you’ll love it.

Learn how to make Cocktail of the Week: Grassy Knoll from Bowen House by clicking here. 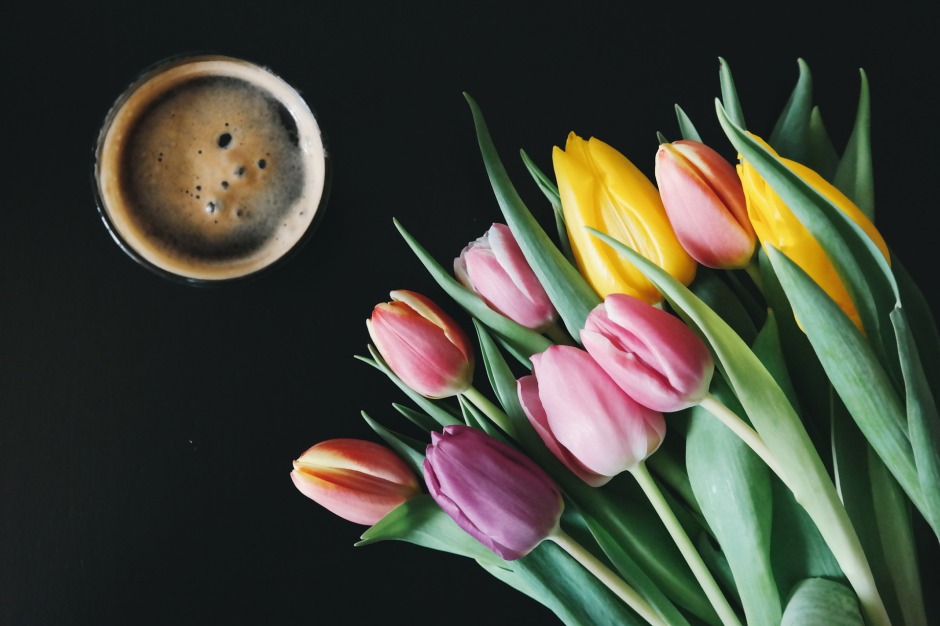 One of my favorite beers is made at this brewery and it’s called the Dallas Blonde. It’s the perfect blonde ale and the name is so fitting considering I’m from Dallas and at the moment, blonde.

Tasting and tours every Thursday from 6 to 8:30 PM and Saturday from noon till 3 PM.

My favorite brew is the Local Buzz which is a Honey-Rye Golden Ale. What I especially love about this brewery company is their “uncanny” beer cans with open top lids. How cool! It’s sort of like drinking out of a glass and it makes me feel a little more lady-like.

Free brewery tours every Saturday at 12:30 and 1:30 PM. Learn about how beer is made and sample a few.

Brewery tours from noon till 4 PM every Saturday.

Tour is $10 and includes a souvenir glass and samples.

You can also enjoy live music and a weekly, rotating food truck.

The Texas Ale Project offers free brewery tours every Saturday at 2 pm and 3 pm. Tours are first come, first serve, just sign up at the door.

“You have to do all you can, while you can.”

Last week, I had the privilege of sitting down with local fashion designer Charles Smith to get the inside scoop on his journey into fashion design, his influence on fashion in Dallas, and his upcoming fashion show.

Before last week, I had never formally met Charles Smith but I’ve seen him around at different events around Dallas and naturally, he stands out and grabs attention. The way he dresses, the way he carries himself, his overall demeanor is not of the typical Dallasite. When I saw different people pubbing for his fashion show on various social media outlets it all made sense. Immediately, I wanted to know more about him, what inspires him and how he got started.

Originally from Harlem, NY, Charles Smith migrated to Dallas, TX to play basketball in High School. Smith remembers always being very different from his peers although as cliché as it sounds, he didn’t become one of the popular kids till he started playing basketball. Outside of basketball, Charles Smith was a professional model for a large majority of his life, starting high fashion modeling at 14 years-old and signed to agencies such as Elite Model Management in Miami and Milan, Italy.

Smith recalls seeing clothes in stores that bored him and decided to do something about it. “F*** it,” he said. “I’ll just do it myself.”

Smith has always been creative and had a vision but it wasn’t till he quit basketball that he started listening to his instincts and got a better understanding of his creative goals.

On Being a Fashion Designer

I know you’ve read/heard all the many quotes about how you should work doing something you love and you’ll never work a day of your life. Well, Charles Smith has proven this to be true. Smith can literally work countless hours, sewing and sketching and coming up with new marketing ideas for his brand and it doesn’t feel like a burden to him, he enjoys it. According to him, there’s always something to be done. He describes fashion as an obsession and believes, “you can’t be a fashion designer if you’re not obsessed, always wanting more.”

On Being an Influence in Dallas and on the Fashion Community

As a young African-American designer located in Dallas, his style of fashion is out of the ordinary. You will not see many people create similar designs in this area especially coming from his background. The designs he creates appeals to so many different types and groups of people. What he does, no one else does and is consequently hard for the Dallas fashion community to ignore.

“It’s an art form to me… an art form of expression. It’s not just about getting people to wear the clothes… I’m going to keep doing what I want to do at the end of the day.”

Smith wants people to know that if he can do it coming from where he’s from, anybody can do it.

What makes Charles Smith an influential person in Dallas is the fact that he stays true to himself, who he is, and what he wants to do…. Plus, he’s good at it.

Would you still do what you’re passionate about even if no one took notice?

5 Things I learned from Charles Smith

To learn more about Charles Smith and Smith The 2nd visit: http://www.smiththesecond.com/

Don’t you love how live music draws you in so much to where you become totally unaware of your surroundings?

The energy, the people, the instruments, the band, the singers make live music so magnetic. It’s truly an experience.

Here’s a list of places here in Dallas to get your live music fix(in no particular order):

Live Jazz on some weekends